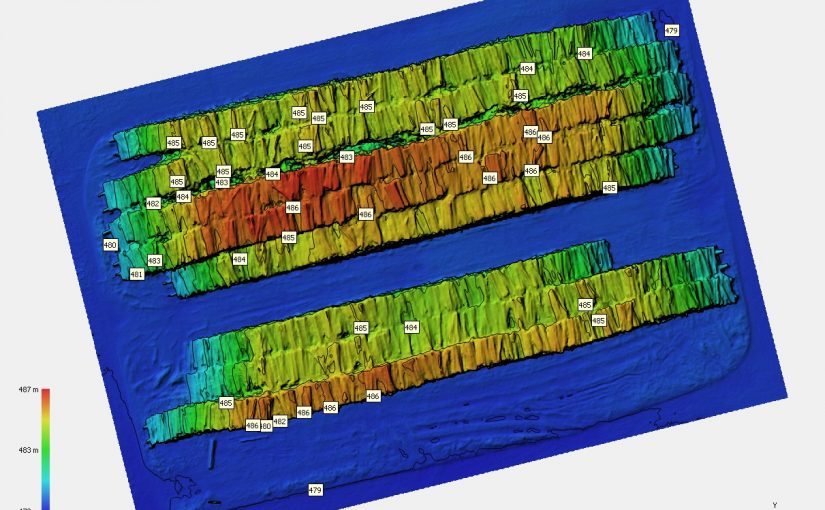 Photogrammetry is the science of making measurements from photographs.

The input to photogrammetry is photographs, and the output is typically a map, a drawing, a measurement, or a 3D model of some real-world object or scene. Many of the maps we use today are created with photogrammetry and photographs taken from aircraft.

Photogrammetry can be classified several ways but one standard method is to split the field based on camera location during photography. On this basis we have Aerial Photogrammetry, and Terrestrial (or Close-Range) Photogrammetry.

In Aerial Photogrammetry, the camera is mounted in an aircraft and is usually pointed vertically towards the ground. Multiple overlapping photos of the ground are taken as the aircraft flies along a flight path. The aircraft traditionally have been fixed wing manned craft but many projects now are done with drones and UAVs. Traditionally these photos were processed in a stereo-plotter (an instrument that lets an operator see two photos at once in a stereo view) but now are often processed by automated desktop systems.

In Terrestrial and Close-range Photogrammetry, the camera is located on the ground, and hand held, tripod or pole mounted. Usually this type of photogrammetry is non-topographic – that is, the output is not topographic products like terrain models or topographic maps, but instead drawings, 3D models, measurements, or point clouds. Everyday cameras are used to model and measure buildings, engineering structures, forensic and accident scenes, mines, earth-works, stock-piles, archaeological artifacts, film sets, etc. In the computer vision community, this type of photogrammetry is sometimes called Image-Based Modeling.